Costa Rica this month expanded its ocean conservation in honor of World Oceans Day 2017 to now protect 15% of its marine territory. One of the most pristine ocean habitats in Costa Rica is the Pacific gulf of Golfo Dulce. Located in the southern region by the Osa Peninsula, Golfo Dulce is considered a tropical fjord with an average annual temperature of 86 degrees Fahrenheit, an extremely rare biome. Environmental organizations are lobbying to make Golfo Dulce another of Costa Rica's marine protected areas. Its calm and very clear jade green-blue water makes it easy to see abundant marine life. More than 25 species of dolphins and whales and four kinds of sea turtles live here; and it is a vital breeding and birthing zone for endangered hammerhead sharks and migrating endangered Humpback Whales. Humpback whale in Golfo Dulce, Costa Rica. Whale watching season begins in July. 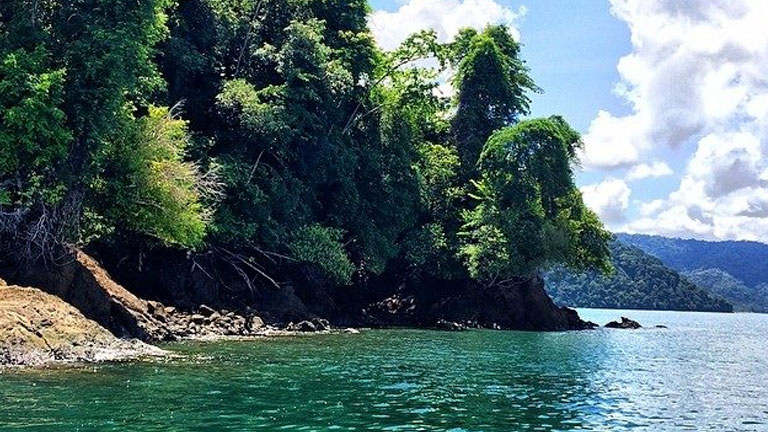 One of the best places to experience the Golfo Dulce is at Playa Nicuesa Rainforest Lodge. Nicuesa Lodge's entire philosophy and operations are based on environmental conservation and sustainability. The extraordinary rainforest eco-lodge holds the highest Certification for Sustainable Tourism (CST) in Costa Rica and the prestigious TripAdvisor GreenLeaders Platinum Status. And they have received the Ecological Blue Flag Award six years in a row for keeping one of the cleanest beaches in Costa Rica. A stunning tropical escape, Playa Nicuesa Rainforest Lodge specializes in natural vacation adventures catering to travelers interested in ecotourism, nature, and adventure sports. The gulf of Golfo Dulce by the Osa Peninsula is one of Costa Rica's most beautiful places.
Costa Rica's Conservation Pledge to Help Save World Oceans Costa Rica's expanded protection of its seas aligns with the United Nations Environment Program in its goal to preserve one-tenth of all oceans by 2020. After joining the global UN Clean Seas campaign earlier this year, Costa Rica also has pledged to fight plastic marine debris and to replace single-use plastic "which can take hundreds of years to degrade" with renewable and compostable materials. The goal is that, by 2021, at least 80 percent of the country's public agencies, municipalities and businesses replace their disposable plastic packaging with materials that have a lower environmental impact. Visit one of the still pristine ocean habitats of Golfo Dulce in Costa Rica. 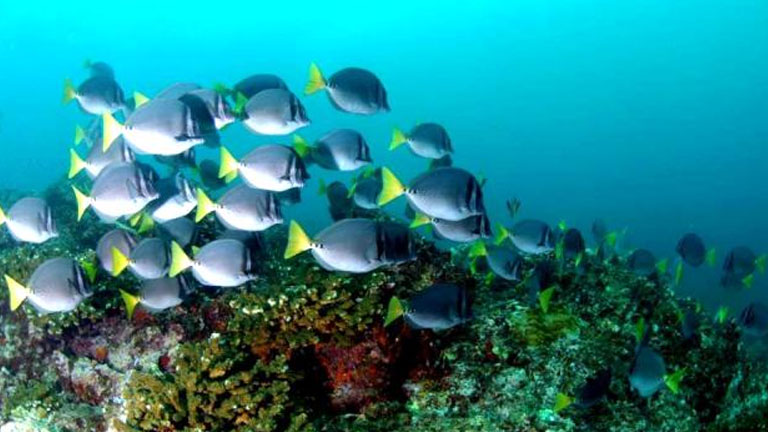 "Recent studies from international agencies estimate that by 2050 there will be more plastic than fish in the sea, stated Costa Rica's Environment Vice Minister Fernando Mora. As a nation between two shores, the Caribbean and the Pacific, Costa Rica is conscious of the immeasurable benefits that these waters bring to life on Earth. With this in mind, we are striving to become a plastic-free zone and to expand marine protected areas, along with models of local governance to manage fisheries and tourism in a sustainable manner, said Luis Guillermo Sol's, President of Costa Rica, at the Global Dialogue on Oceans that the country hosted with the UN Environment Program on June 8 for World Oceans Day 2017. Article by Shannon Farley
RENT THE WHOLE LODGE!Extra privacy at a special price. Learn more »
RENT THE WHOLE LODGE! Extra Privacy at a Special Price
floating book nowBook Now