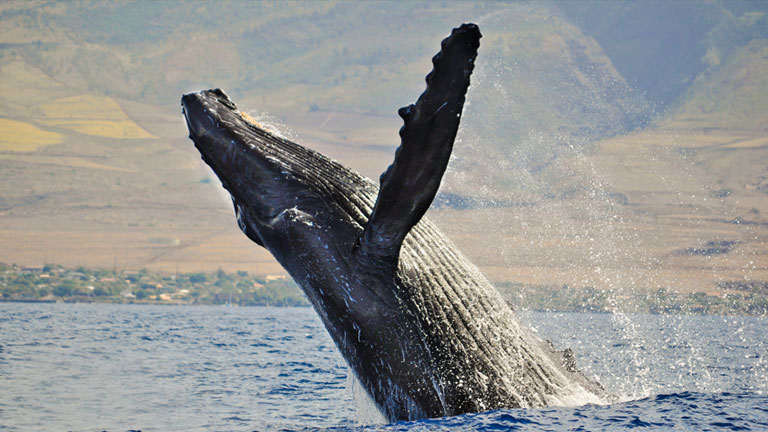 Costa Ricaâ€™s Osa Peninsula is renowned by scientists, explorers and nature lovers as an astounding paradise of biological diversity. The southern Pacific Ocean off the Osa Peninsula is natural wonder of marine life, home to more than 25 species of dolphins and whales, four of the worldâ€™s eight different sea turtles, along with manta rays, sailfish, marlin, tuna and sharks. The southern Pacific, and especially Golfo Dulce (Sweet Gulf), are vital breeding and reproducing areas for endangered hammerhead sharks and migrating endangered Humpback Whales. All of this rich marine biodiversity, however, is almost entirely unprotected, except for small areas around a few national parks â€" the Ballena Marine National Park off the coast of Uvita, the CaÃ±o Island Biological Reserve, and off the coast of the Corcovado National Park. Activists say the waters stretching along the entire coast of the Osa Peninsula, Costa Rica, need to be protected, and have begun a campaign to create a â€œMultiple Use Marine Protected Area.â€ Led by Sierra Goodman, the founder of Vida Marina who guides marine tours and does research off the Osa Peninsula, the MPA for OSA group (Marine Protected Area for Osa Peninsula) states that Costa Ricaâ€™s marine life is in grave danger from commercial shrimp trawlers, long line fishing, over fishing, tuna nets, and ocean pollution. [gallery link="file" columns="4"] â€œCommercial fishing techniques such as long lining, shrimping, gill netting and tuna fishing are wreaking havoc on this delicate and biologically diverse area and its marine inhabitants, and if urgent and drastic actions are not taken immediately, the world will lose this treasure forever. Costa Rica's dolphins, whales, sea turtles and other marine flora and fauna are being decimated at alarming rates,â€ declares the MPA for OSA website. The MPA for OSA group hopes that by declaring the southern Pacific Coastal waters, from the Ballena Marine National Park out to CaÃ±o Island and down the Osa Peninsula, a â€œMultiple Use Marine Protected Areaâ€ that private, commercial and sport fishing, as well as scientific research, tourism and marine transportation can all work together sustainably. The protected area would have a management plan, supervision and enforcement. The group also wants to create a Marine Education and Research Center. According to the MPA for OSA, Costa Ricaâ€™s South Pacific is one of the â€œmost biologically diverse ocean ecosystems in the world.â€ The reason is an immense habitat called the Costa Rican Thermal Convection Dome, where shallow warm waters lie on top of low-oxygen cold water, creating a perfect ecosystem for a great variety of marine life. The dome off the coast of Costa Rica is the only one in the world that is constant year-round, producing extraordinary ecologically-rich waters. Twenty years ago there were dolphins as far as the eye could see, and tuna everywhere. Today these monster factory ships have made Costa Rica's ocean into an almost barren sea,â€ laments Osa Peninsula fisherman Fred Maschmeier on the MPA for OSA website. The MPA for OSA has created a petition on Avaaz to ask the Costa Rican government to fast track the establishment of the marine protected area. The group is calling for an immediate moratorium on commercial fishing in the area while details are worked out. The group also has a crowd funding campaign to source funds to continue their research and get local communities and the government to work together. When you stay at Playa Nicuesa Rainforest Lodge on the Golfo Dulce, you can see and experience Costa Ricaâ€™s amazing marine life. We offer boat tours of the Gulf to see marine life such as dolphins, sea turtles and whales. Located on a 165-acre private preserve backing up to the Piedras Blancas National Park, Playa Nicuesa Rainforest Lodge is a unique adventure travel destination for our remote, pristine wilderness location. We offer family vacations, honeymoon trips, nature and adventure vacations, and yoga classes and retreats. Article by Shannon Farley
Digital Presence Powered by Milestone Inc.
RENT THE WHOLE LODGE!Extra privacy at a special price. Learn more »
RENT THE WHOLE LODGE! Extra Privacy at a Special Price
floating book nowBook Now