It's Time for Humpback Whales in Costa Rica in Golfo Dulce 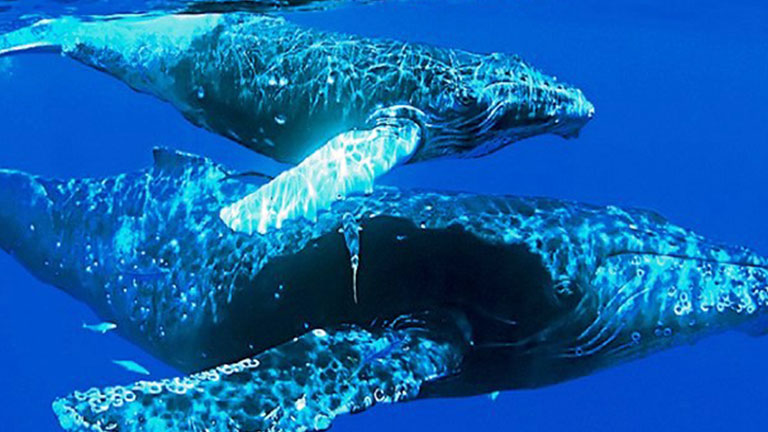 It's whale watching season in Costa Rica at Playa Nicuesa Rainforest Lodge when hundreds of humpback whales in Costa Rica return to the gulf of Golfo Dulce from July through September.
Article by Shannon Farley 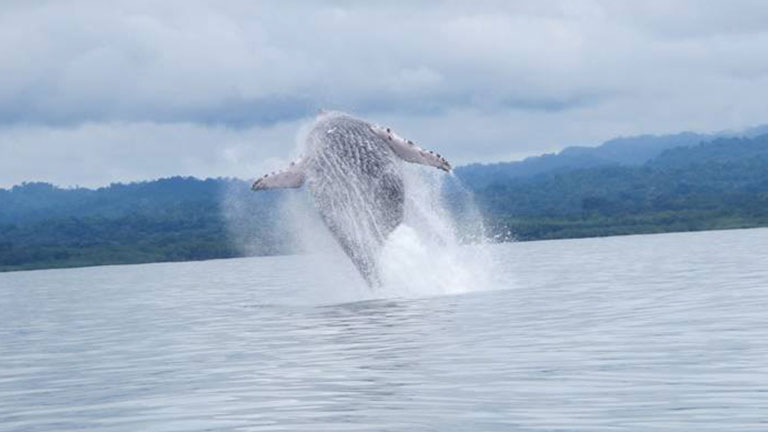 A humpback whale breaches in Golfo Dulce in Costa Rica.
To the delight of our guests atÂ Playa Nicuesa Rainforest Lodge, hundreds of humpback whales in Costa Rica are now returning to the remote and pristine southern gulf ofÂGolfo Dulce. Humpback whalesfrom the Southern Pacific spend their winter months breeding, giving birth, and caring for their young in the warm waters of Costa Rica's southern region. 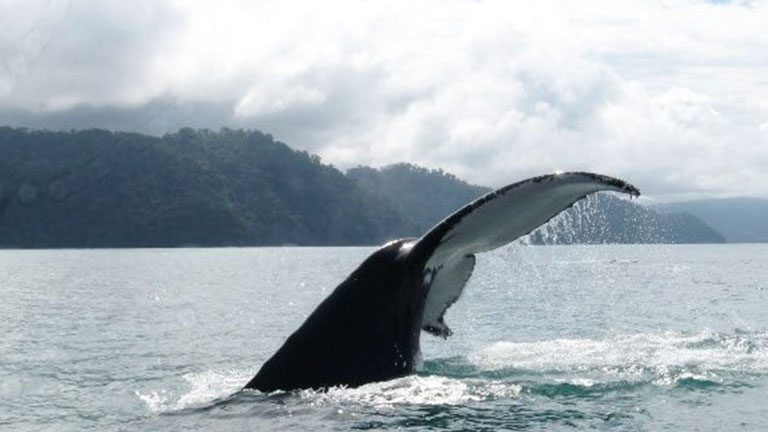 Humpback whales visit Golfo Dulce from July through September, photo by CEIC
The Golfo Dulce – among the 10 deepest gulfs in the world and one of only four tropical fjords on Earth – is one of the few places on the planet visited by both Northern and Southern humpback whales. DuringCosta Rica whale watching seasonin July, August and September in the gulf, you might see a visiting humpback whale mother and her calf, or a male whale looking for a mate. The Golfo Dulce is an important place for the successful survival of the humpbacks, which are listed as an endangered species. Protected from the open Pacific Ocean by theOsa Peninsula and a shallow, narrow mouth, the gulf is a unique habitat for marine life. The warm and clear waters also are home to several kinds of dolphins, sea turtles, eagle spotted and manta rays, numerous tropical fish, and big, friendly whale sharks. 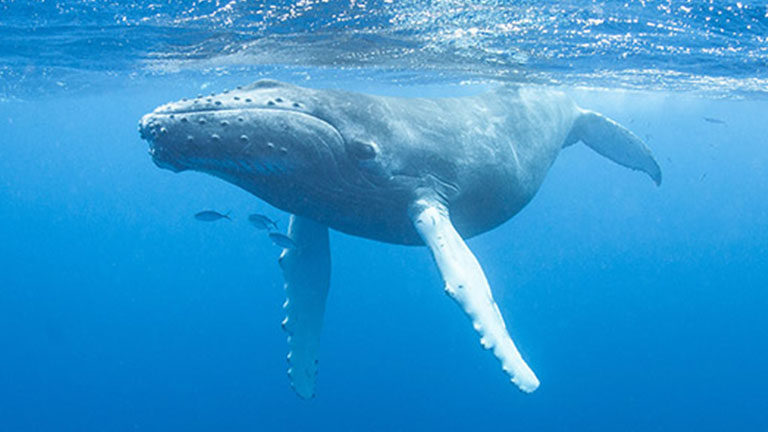 Humpback Whale, photo courtesy of the National Wildlife Federation
Playa Nicuesa Rainforest Lodgeis your gateway to this beautiful area of pristine tropical wilderness - an extraordinary experience you donâ€™t get every day. TheCosta Rica eco-lodgesits right on Golfo Dulce, amid its private rainforest reserve and backed by thePiedras Blancas National Park. Accessible only by boat, it is aremote destinationuntrammeled by crowds of tourists, and yet offers all of the comforts for an unforgettable vacation. Now through Sept. 30,enjoy one free nightwhen you stay a minimum of three nights at Nicuesa Lodge. Here is a preview of some of the sights you may see during Costa Rica whale watching season. A humpback whale breaches in Golfo Dulce in Costa Rica. Humpback whales - a type of baleen whale - are favorites for whale watching tours because of their frequent acrobatic displays. They can often be seen breaching (jumping out of the water) or slapping the water's surface with their pectoral fins, tails, or heads. 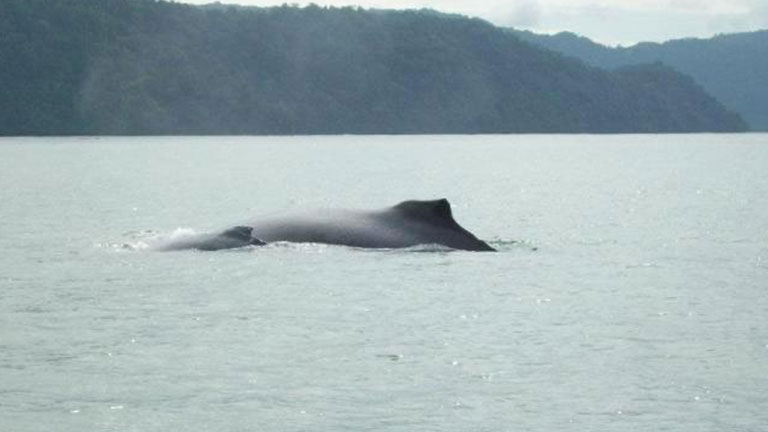 A humpback whale mother swims with her baby in Golfo Dulce, Costa Rica.
The whales are mostly dark gray with white bellies and markings, and can weigh between 50,000 and 80,000 pounds (22,000 and 36,000 kg). Humpback whales can grow to be 60 feet (18 meters) long, with females slightly larger than males. Humpback whales can eat up to 3,000 pounds (1,360 kg) of food each day. Most of the food is tiny crustaceans (such as krill), plankton, and small fish. The male humpbacks are best known for their songs - perhaps the most complex in the animal kingdom - and thought to be used to attract females. Humpback whales are listed as being endangered by the U.S.National Wildlife Federation. Threats to these whales include entanglement in fishing gear, ship strikes, whale watch harassment, habitat impacts, and harvest. The species was nearly hunted to extinction before the International Whaling Commission banned humpback whale harvesting in 1966.
Digital Presence Powered by Milestone Inc.
RENT THE WHOLE LODGE!Extra privacy at a special price. Learn more »
RENT THE WHOLE LODGE! Extra Privacy at a Special Price
floating book nowBook Now