Southern Costa Rica to host National Festival of the Arts 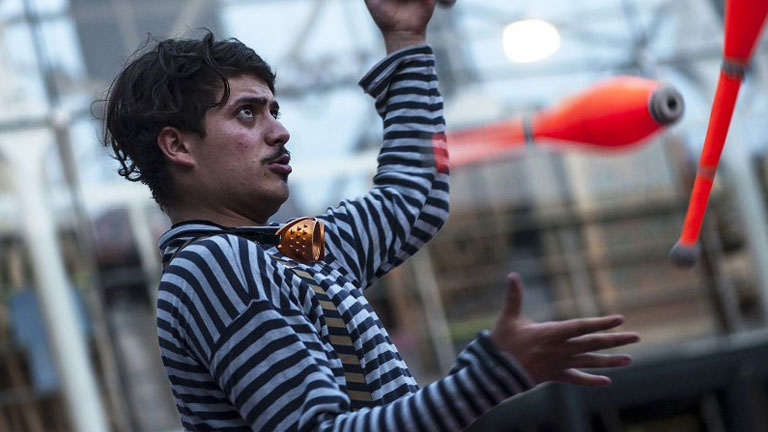 Usually held in the capital city of San Jose, the 26th annual Costa Rica National Festival of the Arts 2016 (FNA16) will take place August 5 to 14 in Golfito and Ciudad Neily, along with eight other communities in southern Costa Rica. With over 250 events and activities featuring more than 600 artists of all kinds, it is the largest annual arts festival in Costa Rica, and one of the largest in Central America. Nicuesa Lodge will provide tours and transportation for its guests to attend festival events in Golfito. And now through Sept. 30, this beautiful eco-lodge near the Osa Peninsula has a special offer of one free night when you stay a minimum of three or more nights - perfect for attending the National Festival of the Arts. Playa Nicuesa Rainforest Lodge in southern Costa Rica

The festival kicks off on Aug. 5 in Ciudad Neily, and finishes on Aug. 14 in Golfito with a big show. During its 10 days, there will be performances of theater, dance, music, circus acts, films, artists, storytelling, creative workshops, and puppets and children's activities. Festival events will be mainly from 8:00 to 10:00 a.m. and from 3:30 to 10:00 p.m. Check here for the full calendar of events. In Golfito, festival events will be held in the central park, the town gymnasium, at Hotel Casa Roland, Hotel Samoa, and the Carlos Manuel Vicente Castro Professional Technical High School gym and concert stage. In Ciudad Neily, festival activities will take place in the central park amphitheater and esplanade, the Catholic Church and parish hall, and at the Ciudad Neily High School gym. Costa Rica National Festival of Arts 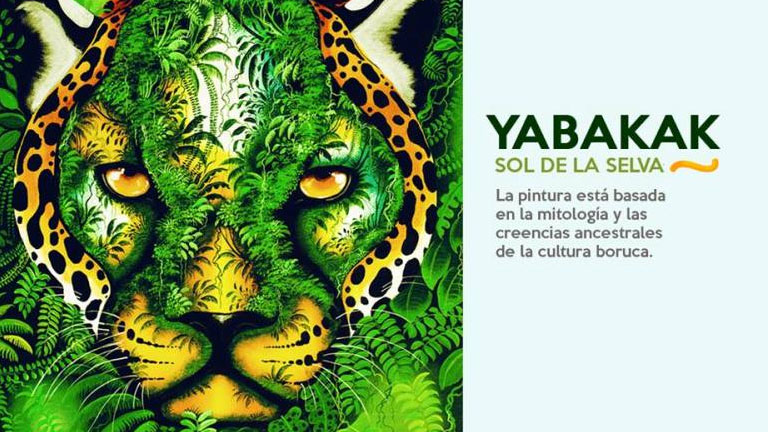 The 2016 Ruta de las Artes, or Arts Route, is a traveling road show of artistic presentations that will visit eight communities in the southern region of Costa Rica, each for a day between Aug. 6 and 13: San Vito, Agua Buena, La Cuesta, Comte, Río Claro, Palmar Norte, Ciudad Cortés and Rey Curré. The goal of the organizers of the 2016 National Festival of the Arts - the Ministry of Culture & Youth and the Southern Region Development Association - is to bring together artists of different cultures to share their rich traditions with the public in an area often forgotten culturally in Costa Rica. It is their hope that people living in other areas of Costa Rica will visit the southern region, by the Golfo Dulce and Osa Peninsula, to experience the vibrant nature and culture the area offers. Boruca painting for Costa Rica National Festival of Arts 2016 For instance, the logo art for the festival was inspired by famous indigenous Boruca artist Kamel Gonzalez's painting entitled "Yabakak", translated from the indigenous Brunca language to "Sun and Jungle". The painting of a jaguar face transformed into the jungle represents the harmony between jungle, man, spirit and animal, based on the Boruca beliefs and mythology. The indigenous village of Boruca is located in the southern mountains near the town of Palmar Norte. The Borucas are known in Costa Rica for their colorful, hand-carved wooden masks. Article by Shannon Farley
Digital Presence Powered by Milestone Inc.
RENT THE WHOLE LODGE!Extra privacy at a special price. Learn more »
RENT THE WHOLE LODGE!Extra privacy at a special price.
floating book nowBook Now