Tuna Farms: No longer a threat for our Golfo Dulce paradise! 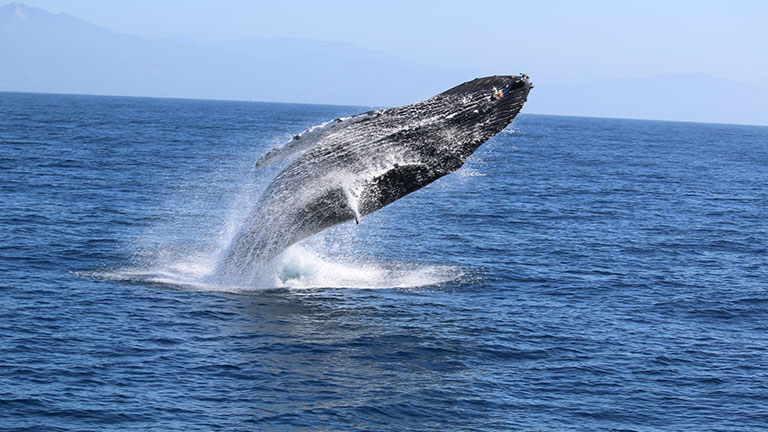 Since the past November 7th 2011, tuna farms are only a memory on Golfo Dulceâ€™s pristine waters. A tuna farm is a floating cage in the open ocean, were tuna is born and feed until they reach the commercial size needed to be exported to Japan. The wasted produced by such a large quantity of tuna generate over nutrification of the water and red tides,  reduces dissolved oxygen amounts, causes fish kills and damage to other resources of the gulf. Granjas Atuneras de Golfito, the company responsible for the tuna farm project in Punta Blanco (right in the entrance of Golfo Dulce), followed a 7 year operation to bring industrial aquaculture to the Southern Pacific Coast. During this time, the Costa Rica coalition against tuna farms fought back this project. PRETOMA, an environmental organization, started a campaign against it. The next video was part of the â€œNo Tuna Farmsâ€ PRETOMA promotion, created by Andy Bystrom, a PRETOMA consultant. PRETOMA is one of the groups that Playa Nicuesa has been supporting for over 3 years. Thanks to our guestâ€™s donations we are able to raise money in order to contribute to causes like this. Playa Nicuesa also joined the coalition efforts to fight the Tuna Farms. In May 2009, Nicuesaâ€™s owner Michael and the Sustainability Coordinator at that time Jodi, went down to Pavones were the Costa Ricaâ€™s first national rally to halt tuna farming took place. From this event 704 citizens signed a letter delivered by PRETOMA to the President Oscar Arias. After all the protest and opposition to the farm, Costa Rica's Environmental Secretariat (SETENA) stated it would no longer consider Granjas Atuneras de Golfito SA's  petition to construct a yellow fin tuna aquaculture project, or tuna farm, at the mouth of the Golfo Dulce.  SETENA's decision permanently closes the case on Granjas Atuneras, meaning that finally justice is done. The gulf now is protected against tuna farm pollution, preserving the rich waters of Golfo Dulce. We can be certain that community efforts on keeping the health of this paradise will never stop, and the Nicuesa family is going to support these efforts every time!
RENT THE WHOLE LODGE!Extra privacy at a special price. Learn more »
RENT THE WHOLE LODGE! Extra Privacy at a Special Price
floating book nowBook Now